Is It a Boat—or a Plane? 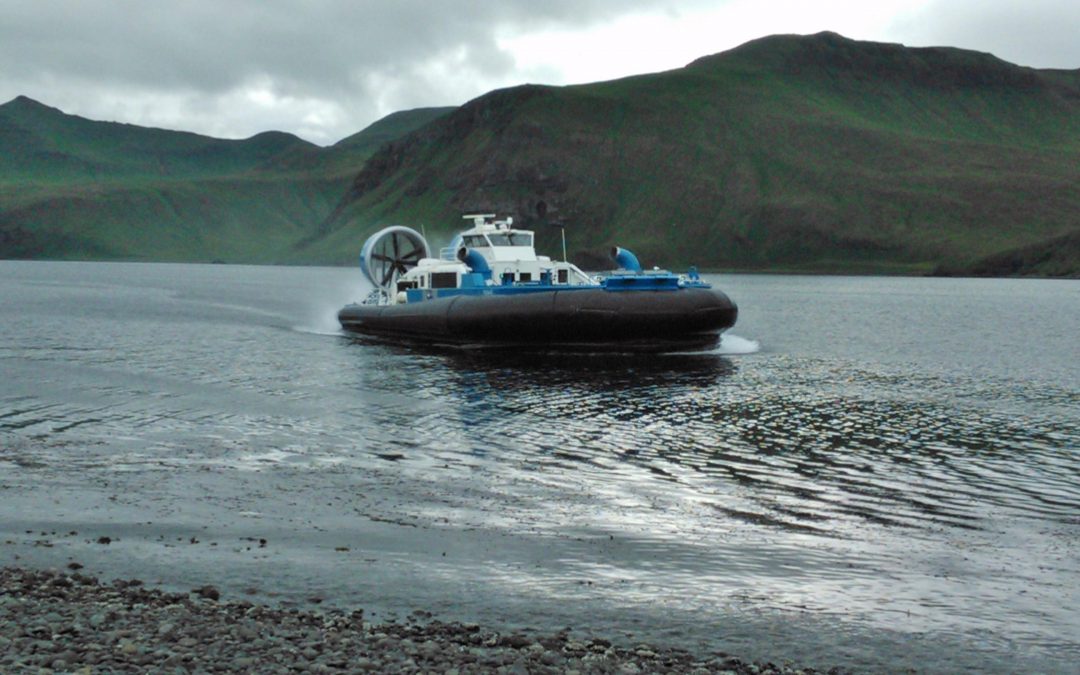 On Tuesday, June 19, the Fort Berthold Technology & Innovation Summit was held at the 4 Bears Casino Event Center. During the summit, Marty Robbins of Fast Ferry Management, Inc., spoke about the suitability of a hovercraft ferry to provide year-round service across Lake Sakakawea as part of the Fort Berthold Public Transit and Ferry Plan. 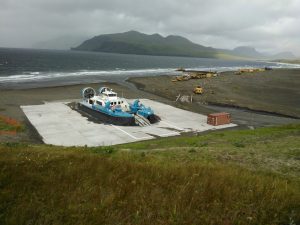 Unlike traditional ferry vessels, hovercraft ferries ride on a cushion of air created between the vessel and the surface of the water—and are capable of operating over ice. This means a hovercraft ferry would be able to operate nearly 365 days a year, whereas a traditional ferry vessel would likely be out of commission for at least three months or more each year, depending on how long the reservoir remains frozen. There might be a few scattered days each year when extremely high winds make operating the hovercraft impossible, but for the most part a hovercraft ferry would operate twelve months out of the year. Hovercraft ferries also operate at higher speeds and require less fuel than conventional ferries, but have higher maintenance costs. Another key benefit of a hovercraft ferry is that it is capable of landing right on shore and could utilize existing boat ramps, depending on the size of the hovercraft ferry. Such a vessel would be built to meet the needs of Fort Berthold, and could be built to accommodate 4 to 6 vehicles in addition to passengers. 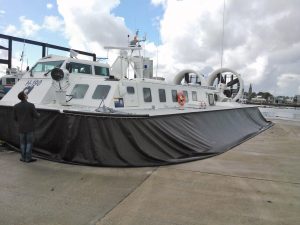 A ferry would also utilize MHA Nation’s largest potential free infrastructure system: the very water that has separated its communities since 1956. In addition to the historical and cultural significance of reclaiming traditional use of the Missouri River, a ferry would greatly reduce travel time, provide an alternative to truck-congested roads, and potentially reduce response time for emergency responders. But there are of course costs to implementing a ferry service, as with any public service. That is why strategic planning is so critical to any development on Fort Berthold, and why such planning must include and thoroughly consider community input. 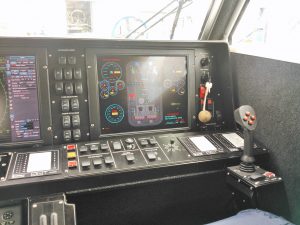 A ferry service plan determines the feasibility, costs, risks, and benefits of transporting people and cars at key points across Lake Sakakawea by ferry.It is intended to provide the Tribes with comprehensive and current information necessary for the Tribes to then make a decision on if and how they would like to proceed. To date, several public meetings have been held and responses to transit surveys have been solicited, received, and incorporated into a final report that will be delivered to tribal leadership, including community feedback that has been received.

Marty has been involved in all aspects of fast ferry operations for over 25 years. His experience includes conventional passenger-only high speed aluminum catamarans as well as hovercraft. A graduate of the University of Utah with a degree in Fuels Engineering, he is also a Registered Professional Mechanical Engineer in the State of Washington. His skills include planning, operations, facilities, logistics, and regulatory liaison in the public and government sectors of waterborne public transportation.

This site uses Akismet to reduce spam. Learn how your comment data is processed.